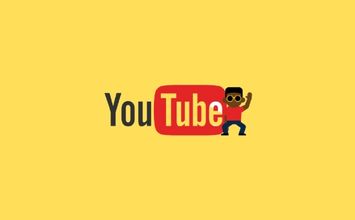 Watch animated content on some of the best YouTube Animation Channels. You can get inspiration for your animation channel.

Are you an art and animation fan and looking for some best YouTube animation channels? Then you are scrolling the right blog.

In this blog post, you will get to know about top YouTube animation channels that are best in animation and mind-blowing content. In Bonus, we have different types of animation styles and the best animation production company.

With the evolution of the world and marketing digitalization, people have also changed their watch-list preferences.

The following channels are considered as the top animation channels on YouTube. The subscribers and views count justifies their popularity on the internet.

Pencilmation is one of the oldest animation channels on YouTube created by Ross Bollinger. The genre of this channel is American comedy.

The channel has 19.3 million subscribers and more than 82 million views. Pencilmation is famous for creating American animated comedy web series that is made of pencil-drawn stick figures.

The creators have used a mixture of whiteboard animation with motion arts. Pencilmation revolves around some of the main characters of the web series and showcases a part of their daily life.

Check out this video, where Pencilmate (one of the main characters) needs to use a bathroom. The video alone secures the 1 million views.

Robert James Rallison is an animator and cartoonist, running TheOdd1sOut channel on YouTube with 17.2 million subscribers and over 3.6 billion views.

Robert illustrated its first webcomics titled TheOut1sOut and uploaded it in an animated video form on YouTube in 2014.

TheOdd1sOut animation is about the marshmallow people, same as the webcomics. The channel has brilliant animated art and mind-blowing 2D videos.

Let’s take a look at one of the amazing animated videos of TheOdd1sOut titled Life is Fun – Ft. Boyinaband (Official Music Video).

3. Kurzgesagt – In a Nutshell

Kurzgesagt – In a Nutshell is a German animation channel on YouTube by Phillip Dettmer. The channel has 16.9 million subscribers and 1.6 billion views which makes it land in the list of the top animation channels.

In July 2013, the channel was created with minimalist animated educational videos, which shoot the popularity of the channel up high.

Kurzgesagt is an animated educational video channel, which illustrates scientific, technical, political, psychological, philosophical, and technology topics in the form of animated art and motion graphics.

Alan Becker is an award-winning animator and known for his unique animation styles. Pink Army was the first animation.

Becker owns an animation channel on YouTube with 17.3 million subscribers and 3.39 million views. He is known for creating Animator Vs. Animation.

The channel has videos where animated stick figures move around in Minecraft games. Alan has incorporated his animation in the gameplay of Minecraft.

Check the video where you can see how animated stick figures are participating in building contests in the Minecraft game.


If you are interested in making animations like this but do not know how to do it, you can outsource your project to different companies. Check the top 5 animation outsourcing companies that can help you create top-notch animation.

With 10.9 million subscribers and approx. 1 billion views, ExplosmEntertainment is rated as one of the best animation channels on YouTube.

The animation orbits around Cyanide & Happiness (the main animated characters).The animator highlight the happening of their daily life.

Since 2009, the channel has been making this stick-figure illustration comic and later converted those animations into videos. ExplosmEntertainment has almost 20 playlists with 1K plus videos on the channel.

Take a look at this video where the animator illustrates what happened to Cyanide when he had too many drinks.

6. How It Should Have Ended

How It Should Have Ended is one of the most watched animation channels, which remake the animated ending of different movies, series, and seasons.

The animator illustrates the whole story of a movie into a 6 to 10 minutes animated video. In these videos, the animator tries to reflect his thinking and opinion about some cinematic artifacts.

The channel has 10.2 million subscribers and almost 2 billion views. Take a look at this video, where the animator suggests the end of Spider-Man Far from Home – very creative and entertaining.

When we are talking about the best animated YouTube channel, how can we not mention Jaiden Animations?

She illustrates her personal life through her animation and tries to spread awareness on the subjects like toxic relationships, anxiety, depression, and body positivity.

The channel has animated series that are informative to watch and excellent to learn. Take a look at this I Hate Reading animated video, where Jaiden showcases her love for reading.


Jaiden’s animation is more like whiteboard animation, and if you are interested in whiteboard video animation services, you can count on BuzzFlick.

If we are talking whiteboard animation, Domics has made some tremendous eye-catching animated videos. The channel has 7.44 million subscribers and 1.16 billion views, which makes it one of the famous animation channels.

The channel is created and run by a Canadian animator who started with funny comic strips on Tumblr. Domics has short flash animation videos that reflect the life experience of the animator.

The videos are interesting and funny, which engages the audience and keeps them stick to the video till the end.

Don’t believe it? Take a look yourself.

sWooZie is an animation channel on YouTube run by a known comedian, YouTuber, and animator – Adande Throne.

In 2006, sWooZie was got live on YouTube as an animation channel. It has scored 7.57 million subscribers and 1.33 million views which is quite an achievement.

Adande creates humorous animated videos that are amusing to watch. Just take a look at this video, where Adande is talking about an Australian Girl Gamer.

The last on our list is Its Alex Clark; with 4.28 million subscribers and 466 million views, the channel has ranked as the tenth best animation channel on YouTube in 2020.

Alex Clark depicts the moments from his life in animated videos, where he documentaries about his road trip, friend’s meetup, and more.

Take a look at this minimal animated video by Alex Clark.

People like animated video content more than just a regular video. Targeting animation as the primary niche would be a great choice if you plan to make your YouTube channel.

Choose BuzzFlick for 2D animation services. The company is famous for its top-notch and creative animated videos.

Anywhere you are, whatever you do, or whatever styles you want in your video – BuzzFlick is here to make Buzzingly-Awesome videos for you.

We have listed the top ten YouTube animation channels that you can watch or take inspiration for your channel.

The animators usually get 70 thousand dollars per year, but the earning depends upon the need nature of the project.

The Power Of Animate...