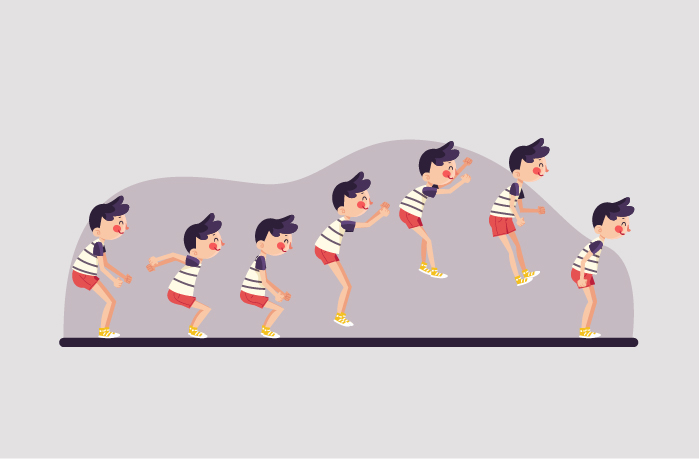 Eich Eyf
There are many frame rates for making a video. Read our beginners guide to learn in detail about the frame rate and its different types.

In 2023, videos will continue to dominate the marketing sector, setting the bar for all earned, owned, and paid communication channels.

When it comes to content marketing, video reigns supreme. The popularity of videos is rising at a significant rate as video content outperforms all other forms of content by 1200%.

More and more companies are investing in this profound marketing strategy, and they are getting favorable results. Even though video marketing has become an important strategy of the industry, but still a lot of people are still skeptical about it.

Because there are a lot of technical-sounding terminologies associated with videos, such as frame rate and fps, terms like these might be quite overwhelming for you.

Frame rate might be confusing even if you’ve heard of the concept before. When it comes to selecting a frame rate, there is a slew of aspects to consider.

But don’t worry because we have your back! In this article, we explain what frame rate is and why it’s important in an easy-to-follow manner.

By the end of this guide, we’ll learn the following things:

An Overview: What Is Frame Rate And Why It’s Important?

Flipbooks that featured a picture on every page, and when you flicked through the pages fast, the image would appear to animate and move were popular in the 1980s and 1990s.

The pace at which the images are exhibited, or how quickly you “turn” through the book, is called the frame rate. “Frames per second,” or FPS, is the most common way of expressing this rate of change. This implies that for every second of video that is recorded and played back at 24 fps, there are 24 separate still photos.

Because of how fast they’re exhibited, your brain is tricked into thinking they’re moving smoothly.

Coming to the next part, a video’s look and feel are heavily influenced by its frame rate. Many considerations come into play when picking the best frame rate for your movie, such as how realistic you want it to seem and whether or not motion-blurring methods like slow motion will be used.

Since humans experience the world at a frame rate of 24 frames per second, Hollywood movies, for example, are typically shown at this frame rate, which gives the film a more cinematic appearance.

There is a lot going on in a live video, such as a sporting event or a video game recording, which necessitates greater frame rates. With a greater frame rate, motion remains fluid, and fine details remain distinct.

Animated GIFs, on the other hand, frequently compromise detail in favor of smaller file size and a lower frame rate in order to save space.

Choosing The Best Frame Rate For Your Video

As a starting point, there is no “optimal” frame rate. When it comes to choosing the ideal frame rate for your project, it’s important to keep in mind what you’re attempting to achieve.

Frame rate is a simple notion; however, many people disagree on the optimal rate for a good viewing experience, and there is evidence to support the argument for any frame rate you choose to use. Regardless of the debate, here are four factors to bear in mind when selecting a frame rate.

Frame rate selection is further complicated by the amount of movement in your movie. This is an easy one to understand. The greater the frame rate, the more motion there will be in your video.

Even if you don’t intend to use higher frame rates in the final product, capturing at a higher frame rate provides a greater degree of information for the quantity of motion caught. In addition, the faster frame rate gives for greater editing options. To assist you in making a decision, below are some of the more prevalent ones.

24fps: In order to record video with genuine motion, this is the least speed required. You’ll get a lot of motion blur if you shoot at 24 frames per second in a crowded situation.

30fps: Six extra frames per second than 24fps allows you to perceive more information in fast-moving pictures, but this also introduces an unrealistic “soap opera feel” to the action.

60+fps: Cameras with more than 30 frames per second (fps) are typically used for video games and sports or anything that needs a slow-motion effect.

Changing the frame rate of a video may have a big influence on how realistic the video seems. This idea has a strong connection to the way we normally perceive the world.

If you watch someone toss a ball or drive by, you’ll notice that there’s some blurring of the motion. The frame rate you select should mirror this motion blur as closely as possible so that the experience feels as authentic as feasible. Choosing a frame rate that is too high may cause the video to seem artificial and suffer from the “soap opera effect.”

In essence, the video exhibits far too much information, making it appear artificial. In contrast, choosing a low frame rate will make the video jerky and less enjoyable to watch. Let’s take a look at a few typical alternatives and how they’re used to assist figure out which frame rate is appropriate for you.

24 fps: Movies and TV programs use this speed because it’s the bare minimum for recording video while yet preserving a convincing sense of motion. It’s very uncommon for films to be shot at a higher frame rate, although they’re often shown at 24fps. 24 frames per second is the standard for most feature films and television broadcasts.

30fps: Despite producers migrating toward 24fps, this has been the norm for television since its inception and is still frequently used. The additional frames per second might help videos with a lot of movement, such as sports.

30 frames per second were chosen for a variety of reasons, most of which have to do with long-ago television and electrical regulations.

60+fps: Slow-motion film and video game footage both benefit from frame rates greater than 30 frames per second (fps). Many cellphones are now capable of filming at 60 fps as well, as technology continues to keep evolving.

You have a wide range of options for frame rate depending on how your video is presented, such as via YouTube or broadcast television.

Make sure you know what kind of frame rate you’ll be using before you begin recording.

For video distribution, let’s look at a couple of the most frequent places people view video and how the video is provided.

Uploading videos on the internet

A broad range of frame rates are supported by various streaming services, and this is fast becoming the most prevalent method of delivering video. The frame rate doesn’t seem to be as big of a deal to internet viewers, but computer monitors and older TVs cannot be able to support greater frame rates due to a lack of screen refresh rate.

There is no doubt that watching movies on a big screen is one of the most common ways that people get their video entertainment. The frame rate should be kept to 24fps, much as television broadcasts. Make your video seem “cinematic,” and assure that it will work with most projectors by using this method.

Always shoot at a frame rate of between 24 and 30 frames per second while creating television-quality footage. This guarantees that your videos seem authentic and are in line with what viewers expect from broadcast television. The majority of live broadcasts, such as sports coverage and news, are filmed at 30fps, but television episodes and movies are often produced at 24fps.

The size of the file and the time it takes to export should also be considered when deciding on a frame rate. More still pictures can be compressed into a second of video by increasing the frame rate.

Larger files and lengthier export times are the inevitable results of including additional photographs. Uploading films to internet streaming services like YouTube, Vimeo, and Screencast is a good example of why this is a crucial consideration.

In order to choose a frame rate, you must consider the four important elements stated above.

However, making a video isn’t as easy as it sounds. A lot goes into video production, such as the right equipment, tools, software, and of course, skills. Even if you have all of them, you will still need an expert who can polish your video.

For this reason, many brands get video editing services from reputable companies such as BuzzFlick. We are one of the best video editing companies offering plenty of services related to video production and editing at an affordable cost.

If you have a spectacular video idea or want to get your video editing by experts, feel free to contact us today!

60 frames per second (FPS) is the optimal frame rate for the majority of players since it improves responsiveness and immersion. Even in games where timing is critical, this is an excellent frame rate.

It is more likely that a 60fps video will capture twice as much underlying data as a 30fps movie since there are twice as many frames per second. It’s also possible to reduce the movie’s pace while maintaining a greater quality in slow motion by using 60fps.

It all depends on the nature of the project! To learn more about the various frame rates and the applications to which they are generally put, see to the preceding sections.