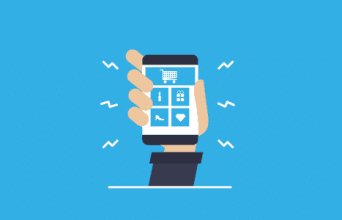 Being an animated video company, we realized the importance of explainer videos a long time ago. So, we started creating all types of videos for brands that inspired their audience and elevated their brand.

We also started to help them overcome their business challenges by understanding the different types of marketing videos and their uniqueness.

Note that the great explainer videos on this list are in no particular order. However, their style, approach, and concepts are super-innovative and intriguing, which is why they gained immense success.

So, without any further ado, let’s start learning about some good explainer videos.

Google has an itch for innovation and this fact has been proved in their Google Calendar’s app explainer video.

With great product explanation, a combination of motion graphics and animation, vibrant colors, and exploring the different uses of the App, Google’s explainer video made this list with shining colors.

This great explainer video gives the viewers an insight into Google Calendar and its numerous uses. The video explains how Google Calendar makes your life easier and more fun.

Since this app explainer video was created after the initial launch of Google Calendar, it already had some exposure online. However, this video just bought more engagement to the equation. On several occasions, the video tried and succeeded in relating to people from different walks of life.

Today, Pinterest is a highly popular platform. However, this wasn’t always the case. Their explainer video was created back in 2011, and it gave the audience a more exciting and intriguing way to make scrapbooks.

With cartoonish animation, the app explainer video briefly describes how the website and the app works and how users can benefit from them.

Moreover, the video is short, to the point, and has a call to action in the end that effectively tells people to get the app.

Seriously, nobody likes to do the math that much, and fortunately, Lloyds Bank knew this too, which is why they selected the most entertaining medium to convey their message.

Lloyds’s app aimed to guide the audience on managing their accounts and money through their phones by leveraging the app. So, they create a great explainer video to describe their app to their audience.

Moreover, at the end of the explainer video, there’s a call to action strategically placed to persuade the audience into downloading the app. Technically, it is the simplicity and clear messaging that make this app explainer video great.

Traveloka is a traveling app that makes traveling easier and super-convenient for users and this is not even the best part. The best part is the way Traveloka explained their app to the users.

In just ninety seconds, Traveloka explained all the uses of their app through an explainer video. Even we remember everything that the Traveloka app offers, like travel insurance, flight dates checking, secure paying, language switching, and much more.

Moreover, at the start of the video, the narrator says “Imagine,” which instantly hooks the viewers into believing that they’re somehow involved in the video explainer.

The video then tells the user about the app’s different uses while soothing music is played in the background. This approach of Traveloka was different, but it was super-effective, and the audience loved it.

You know what they say “Simplicity is the key”, and the success of this great app explainer video proves the saying right.

With a clean and clear concept, precise messaging, and hooking the viewers by targeting their pain points, this app explainer video is in a league of its own.

The Neat Street app’s idea was indeed innovative so, the video explained the app by explaining the street hazards and obstructions that could potentially cause harm or damage.

The momentum then shifts to the solution, which is the Neat Street app that the users can use to report any faults, damage, obstructions, or malfunctioning street lights to the authority.

The video follows a method through which it strongly connects with the audience, explains the problem, and gives them the solution in the simplest way possible.

The messaging seems quite clear, simple, and above all, full of emotions, hope, and opportunities from the video’s start.

The app explainer discusses the fears and hesitations of the patients who have asthma and helps them discover a new way to stay on top of their respiratory health.

Moreover, the overall styling, a feeling of acceptance, emotional touch, and the message that the video delivers to the audience is amazing. All of these elements make this video one of the best explainer videos on this list.

The most innovative app on this list in our perspective is the Amazon Go app. This app takes your shopping experience to a whole new level.

Amazon Go app explainer video tricks you into thinking about the convenience and ease of shopping you’d get when you know that all you have to do is go to the mart, pick up the things you need and walk out of the mart.

Although the idea is super innovative and would’ve easily caught the attention of people worldwide, however, Amazon still decided to break the conventional app explainer clutter and go the extra mile to convey their message.

In the explainer video, Amazon told its audience about the hassles of waiting for your turn while standing in line at the mart. At the beginning of the video, a guy enters the mart, picks the product he needs, and walks out just like that.

The same scenario mentioned above is repeated. Only this time, a woman is seen shopping in the mart.

By the end of the Amazon Go video explainer, the audience is 100% convinced that they need the app to maximize their shopping experience and minimize the hassle full waiting process.

There’s a little thing called “Pitch” and it matters when you’re creating an app explainer video for your brand that has a celebrity in it. For example, imagine if Angelina Jolie was hired to advertise a $70 stretch pant.

The ad’s delivery and credibility would feel off because, honestly, Angelina Jolie seems the type who would buy clothes from brands like Louis Vuitton or Gucci.

Hence, having her in a $70 stretch pant advertisement would be a complete disaster, and the audience would be like, “I’m pretty sure Angelina Jolie would never buy even the most expensive product from this brand.”

However, in Chevy’s Call Me Out app video, the celebrity Mike Tompkins explained the app’s benefits and advantages.

In general, the Call Me Out app’s idea was to minimize distracted driving by helping drivers solely focus on driving.

The app uses an audible alert system that leverages the driver’s loved ones’ voices to help him fight the urge to use his mobile phone while driving.

So, Mike Tompkins explained how the app works and why it is beneficial for the audience. The overall personality of Mike Tompkins fitted the situation perfectly, and it seems that he’s the type of guy who would use it.

Here’s another great app explainer video by the tech giant Amazon. This time they decided to cut to the chase by instantly telling their audience about the app, its benefits, and its different uses.

The narration in this explainer video briefly demonstrates the app’s features, while a robotic hand tells you how you can use the app. The vibrant colors and animation, short and clear delivery, and attractive narration make this video one of the best app explainer videos on this list.

MyHeritage app explainer video is perhaps the most influential video on this list. The video is very short but has just the right amount of everything.

The combination of classic videos, mobile applications, and effective messaging followed by a classic tone is just mesmerizing.

It sparks the urge for an individual to learn more about his family; after all, the whole idea behind the MyHeritage app is to captivate you into exploring your heritage.

Out of the eleven great app explainer videos mentioned on this list, the Doctors in Italy app stands out in terms of the style, presentation, pain points highlighting, and to the point messaging.

This video explainer starts with a couple exploring God’s green earth, and all of a sudden, the male experiences intense pain in his back. He starts looking for a doctor in Italy but finds the search difficult, and this is where the Doctors in Italy app comes into play.

The app’s concept is simple; if you need a doctor in Italy, you can download the app, search for the best doctor, and book an appointment. Moreover, Doctors can also leverage this app by making more money from it.

The Twitter app explainer video is as creative, innovative, entertaining, and incredible as it gets. This great explainer video starts with a confused and angry guy Kevin whose real name is Kenny.

He’s unable to get started on Twitter, so a Twitter official arrives and guides him on setting up an account on Twitter. He also helps him to explore the different features of the app. The characters, scenes, and dialogues make the video super engaging and entertaining.

It gives a feeling like you’re watching a movie and explains how your life can become amazingly interesting once you join Twitter.

For those who thought Twitter was difficult to use, this video just told them everything about Twitter. From the script to the story to the compelling CTA in the end, everything is just perfect about this app explainer video.

Here’s our comprehensive list of the twelve best app explainer videos. Note that the brands mentioned on this list used an innovative and out of the box approach to get their App video designed.

We recommend that you take a similar approach, ideate what’s missing in the app market, how the audience can benefit from your app, and how you can explain your app in the simplest way.

Moreover, we did a lot of research on the explainer videos on this list, and we hope you’ll find the information in this blog extremely helpful.

Also, since we’re an animation company, we know a thing or two about animations and explainer videos. Reach out today if you need help in creating an explainer video for your application, and we’ll be happy to guide you on all your animation needs. You can also explore our services to select the best type of video you want for your business.

Not Done Reading? Here Are Some Other Great Articles of BuzzFlick