The Cost Of 3D Animation: A Short Guide To Calculate The Price 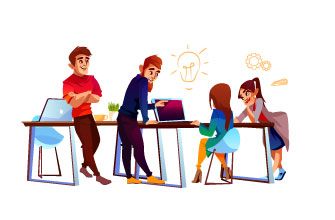 Eich Eyf
How much does a 3D animation. Our guide will help you to determine the cost of your 3D animation projects and what goes behind the pricing.

There are a lot of misconceptions about the time, money, and effort required to produce high-quality 3D animated videos and films. If you want to produce a true masterpiece, you need to know how to draw and understand anatomy, physics, and the principles of animation.

From our point of view, we believe it is critical to explain to our clients what goes into the expense of 3D Animation.

The information in this article will help you learn more about 3D animation services while also making it easier to work with a 3D animation company. It’s critical to get an idea of the cost of 3D Animation before beginning any project planning or budgeting.

You can take advantage of this animation cost calculator guide to figure out how much it will cost to produce 3D Animation.

The Price List of 3D Animation: The Key Factors

Despite the perception that the animation industry is expensive, 3D animation prices may vary greatly from project to project and studio to studio.

Each project has its own unique characteristics, such as the amount of time it takes, who the intended audience is, and the funding available. For example, varied art styles, character designs, complexity, and so on all affect 3D animation pricing.

Studios might charge varying prices depending on the stage of the project they are working on. There are a lot of variables to consider when it comes to the ultimate cost of 3D Animation, so be prepared!

The duration of the animated video

This is an important consideration in determining a final 3D animation pricing: as the length of the animation rises, so does the price.

Long animations are typically required to show more visual effects, and as a result, they necessitate more technical expertise and render time.

When it comes to animated cartoons, explainer videos, and promotional films, you can estimate the cost of 3D Animation per minute or per second.

The intricacy of a scene and the number of animated people or objects determine the 3D animation expenses in games.

The more complex the animation, the more expensive it will be. Characters and their movements in dynamic scenarios are details that create intricacy.

Creating the appearance of movement in complex 3D landscapes may need a team of 10 professionals, whereas a 2D animator can make flat items move in a very dynamic way.

2D Animation costs less than 3D Animation because of this. In this market research, you can learn about the expenses of 2D Animation. It’s also worth noting that 2D and 3D Animation use different approaches.

There are different tools used to sculpt, from generic shapes to fine details in 3D Animation and 3D modeling. Special textures are employed to get realistic results. The complexity of 3D modeling and animating human features alone is mind-boggling.

The type of 3D Animation

There are many different sorts of 3D animations, including digital 3D movies and films, virtual reality, interactive 3D videos, and more.

Some are simpler and need less time and effort than other types of projects. You’ll pay more for 3D Animation in V.R. games, for example, than for less technically complex videos containing 3D models.

Relevant Readings: The 8 Different Types of Animation Styles with Examples

The art style and design of the 3D characters

A 3D character’s motions and postures must all be perfectly smooth to produce a cohesive image. This is especially true when the figure has to move a lot.

As a result, each 3D Animation is created in a distinct graphic style to better express its intended message. Before the project began, I had a clear idea of what I wanted to accomplish.

In general, 3D graphics can be stylized or cartoony, realistic, abstract, or photorealistic. 3D art styles are continually evolving, and this has nothing to do with how 3D models are generated but rather how they are used and for what purposes.

Stylized, bright, and cartoon-like 3D visuals are used in educational and entertainment projects for children as well as in casual games for adults.

When it comes to shooters that take place in real-world settings like war zones, lifelike dark graphics are commonly employed on P.C.s and consoles. It’s a good thing that modern technology allows game artists to make artwork that looks as good as the actual thing.

Besides the aesthetic characteristics of any project, the cost and all prior criteria are determined by the art style. While modifying cartoons requires less time and talent, realistic 3D creations require a higher level of expertise.

The project’s objectives in 3D Animation

You can either hire a 3D animator to work with the pre-existing 3D models, or you can start from scratch and develop a screenplay from scratch. Because of this, several groups will be assembled to handle various responsibilities. The number of steps in a 3D project might vary.

To create a controlled character skeleton for future manipulations in 3D animation, rigging is a necessary step.

In contrast, if you incorporate idea generation, scripting, storyboarding, 3D modeling, and texturing, the process will take longer to complete.

All of these aspects of the project are considered and meticulously prepared beforehand in order to produce an accurate cost estimate.

The number of resources and their expertise

Consider the fact that 3D Animation is a team effort that requires a variety of talents from a variety of people. Concepts need to be created before they can be brought to life through 3D modeling, and so on and so forth.

The scope of the project dictates the number of team members required. At the very least, you’ll need to engage at least five animators for a typical 3D production.

A team of 3D artists and modelers will work under the direction of an art director to create visuals that match the aesthetic of the project.

Models and characters will be applied by a team of 3D animators to create the appearance of movement.

3D animators must know how to utilize timing, when to edit, how to move characters, and so on in order to be successful in their work.

It is possible for 3D animation companies to bring together a wide range of experts under one roof. The hourly wages for junior, medium, and senior 3D animators vary.

Even if you hire a junior 3D animator, you won’t be disappointed with the results. They’re just as qualified as elders, but you’ll save money and have to wait a bit longer to get your services.

P.S: If you wish to know about the whole 3D animation process beforehand, then do give a read to our blog on: how to make a 3D animation.

The 3D Animation Video Cost According to the Video Length

When compared to 2D or motion graphics animation, 3D Animation is way too costly. You won’t believe it, but some of the popular Disney movies like Frozen cost $24,510 per second. This signifies 3D Animation is pretty expensive because a lot of tools, techniques, and expertise are required to just make a single shot.

Suggested Readings: How Much Does It Cost to Create an Animated Video?

How Much Time Does It Take to Create A 3D Animation

As a starting point for budgeting your own project, use this table to estimate the number of hours needed to produce any of the 3D animations.

When it comes to production costs, there are several variables to consider. The best way to get a more precise estimate of the Animation’s cost is by speaking to a company representative.

Data from internet review sites such as Clutch (Top 3D Animation Companies) is used to calculate hourly rates, which are then compared to those prices.

There are a number of aspects that might affect the hourly rate, such as educational background, certifications, job experience, and extra talents, that must be taken into consideration.

The most expensive video animation companies are found in the United States, where the hourly rate ranges from $100 to $199. If you employ an American 3D animator for 100 hours of work, you’ll have to shell out $10,000 to cover their expenses (in the case when minimum price ranges are taken into consideration).

We may also compare the prices in other countries like Ukraine and Poland. A 3D animator at an hourly rate of $ 25 (which is tough to find in the countries mentioned) may be hired for $ 2,500 for 100 hours of work.

In India, you may locate reasonably priced 3D animation studios, but take in mind the reputation and experience of each company on your shortlist.

So that you may achieve your goal of delivering high-quality 3D Animation on time and on budget, follow the advice provided below.

Helpful Tips on Using 3D Animation Services for Your Benefit

So hopefully, you’ve learned how much it costs and what factors are involved in 3D Animation.

Looking for a Credible 3D Animation Agency? Get in Touch with Us

If you survey the websites like Manifest, Clutch, Google My Business, and LinkedIn Company Directory, you’ll find innumerable animation studios that are 3D animation services. However, finding the right one is an intricate task. It’s like finding a needle in the haystack.

We have a competent team of 3D animation artists who encompasses all the skills an experienced should possess in order to make top-class 3D animation videos.

As per our understanding, 3D Animation is pretty expensive because of the tools, techniques, processes, and expertise it requires when compared to other types of animations.

We hope this conclusive guide on 3D Animation will help you to determine the cost of your 3D animation project.

Compared to other animations, 3D Animation is more expensive. A 3D animation video can cost approximately $10,000 to $20,000 per minute. However, the price can vary depending on the number of 3D characters and other advanced features.

A high-quality 30-second animated 3D explainer video can cost you around $2000 – $4500, depending on the chosen style and the number of revisions that come in the process.

When it comes to the cost of 3D Animation, we determined after researching an estimated budget of $24,156 is spent on each second of a 3D animation video which later on sums up to $1.5 million per minute after the final cut.

A mid-level freelance animator charges $35 to $70 per hour.

No, 3D Animation is pricier when compared to 2D animation as it requires more artists, resources, and budget.

To learn how 2D is different from 3D Animation, check out this blog – The difference between 2D & 3D animation.