What Is 3D Lighting In Animation: A Brief Guide 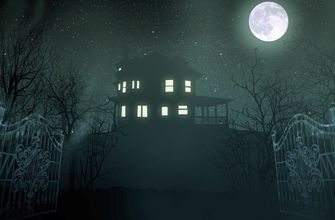 Eich Eyf
3D lighting is an integral component of 3D animation. Learn more about the basics of 3D lighting in animation, its types, tools, techniques, and effects.

3D lighting is a term that refers to a collection of techniques used to project light in a 3D environment. Lighting artists accountable for 3D lighting in animation have a variety of light techniques, sources, tools, and effects at their disposal to meet the scene’s requirements and atmosphere. 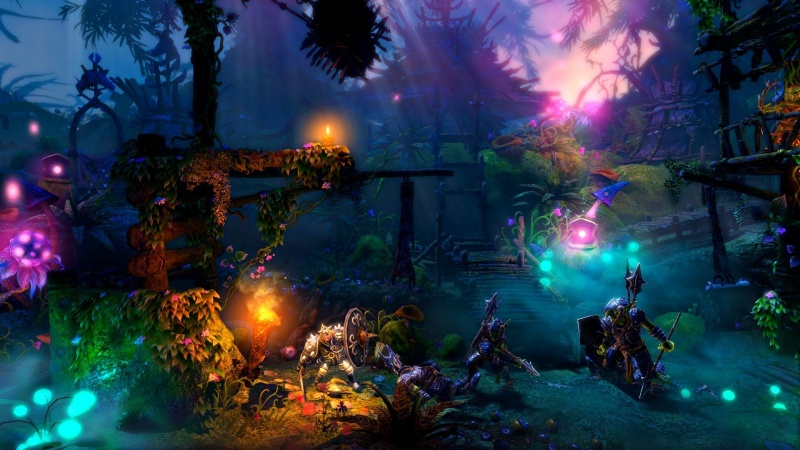 3D lighting is just as critical as traditional lighting in filming and photography. The animator in charge of lighting will position particular light sources so that they bring attention to a specific section of the animation.

In the last stage (post-production) of 3D animation video production, 3D lighting, VFX, and rendering are inextricably linked, lighting, in particular, has a significant effect. 3D lighting is a critical component of any visual depiction. Lighting is quite similar in 3D animation to lighting in filmmaking or photography.

The 3D lighting artist arranges a variety of light sources to emphasize a particular aspect of the environment, establish the scene’s overall mood, or depict the scene’s natural attributes, such as time of day.

3D lighting plays a greater part in 3D advertising, product visualizations, and hyper-realistic 3D animations. The artist of 3D lighting can considerably enhance the details of things, but everything will appear unpleasant and dull without good lighting.

Note: 3D lighting is not just the only integral part of the final stages of animation, there’s more. If you want to learn about other integral parts, then do give a read to our blog:

The Two Common Types Of 3D Lighting In Animation

The light we perceive in the real world is a complicated mixture of ambient light and several extra light sources. A significant portion of the light we see each day is the real light from a distant blazing star that illuminates our sky and refracts innumerable times in our environment. That is why, when objects are not in direct sunlight, they are rarely fully dark.

However, standard rendering engines attain a similar effect by assigning a lighting value to each pixel in the image. Skydrome and Global Illumination (GI) are two of the most commonly utilized algorithms in 3D animation companies such as BuzzFlick for creating realistic ambient lighting in 3D settings.


Skydome is a powerful technique for simulating light emanating from a dome above the area, resembling the sky. It can also be used to provide image-based lighting with HDR photos. While the skydome is typically utilized for outdoor scenarios, it can also be used for internal scenes when necessary.


Global illumination algorithms determine the path of light throughout a scene. These methods account for both direct and indirect illumination, which occurs when different surfaces in the picture reflect light beams from a similar source. As a result, they produce an extremely realistic illumination similar to what we perceive in the factual world.

Numerous other sorts of light sources can be combined with these two. Consider a few of them briefly to have a better understanding of their distinct qualities and potential when paired with Skydome and GI.

Experimenting with the mentioned techniques and tools will eventually lead to the ability to accurately recreate real-world illumination in a virtual setting.

Omni light (also called point light) emits light from a singular trivial point, which can be seen from any angle. Because it doesn’t have a definite size or shape, it is commonly used to produce fill light. The brighter an object looks, the closer it is to the illumination source. Point/Omni lights can be found in everyday objects like light bulbs.

A directional light source (sometimes referred to as infinite light) is ideal for replicating the sun or moonlight since the light it produces travels in parallel rays, much like a distant light source. This light source illuminates the scene’s polygons equally.

A fluorescent light fixture, a window, or a back-lit panel can all be considered different area lights because they all generate light from a specific surface. This type of illumination is based on physical principles and uses light beams to create realistic and soft shadows inside a defined region.

Product illumination and architectural visualization are popular choices because of these characteristics. Area lights have an overall orientation, but they don’t produce parallel rays, unlike directional lights.

In any 3D animation software, spotlights are a common category of lights. This type of light source is known as a spotlight because it emits a single ray of light in a single direction. The lighting designer can choose the right size of the light, modify the cone angle, or soften the external corners of the cone to provide a variety of distinct effects. Real-world spotlights include things like flashlights.

The 3 Basic Types Of 3D Lightning In Animation

There are three primary lighting techniques in photography, film, theatre, and painting. If you want to add basic lighting to your 3D animations, you can use these three simple ways. These are only three of the many ways that 3D lighting can be accomplished.

The one-point lighting configuration utilizes a single light source without using a complementary light source to fill in the shadows. This is a drastic technique that is utilized to achieve a dramatic effect.

Three-point lighting is perhaps the most prevalent, as it utilizes three distinct light sources:

The rim light is put behind the object to highlight it and set it out from the backdrop.

The fill light is a softer light used to fill in the primary light’s shadow, and it’s positioned on the opposite side of it.

The key light is the brightest of the three and serves as the principal source of light; it is positioned to one side of the subject.

How Can You Become A Professional 3D Lightning Artist?

In 3D animation, lighting is a critical component. Professionals in 3D animation lighting are comparable to artistic painters and lighting artists. They must use lighting to establish a mood in a sequence or shot or to reveal every feature of an object.

Additionally, the 3D lighting artist is accountable for the consistency of the lights across each scene and the whole 3D animation; this is especially true for larger productions. 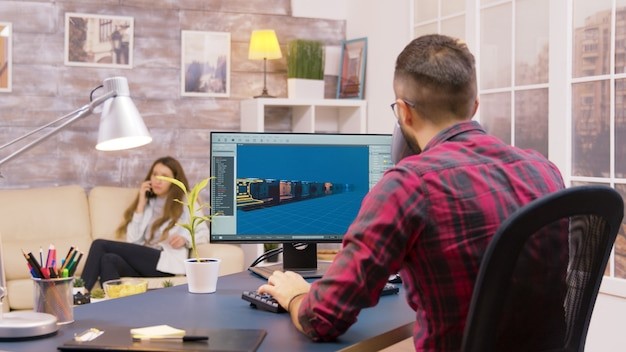 It is critical for a 3D lighting artist to choose and master tools like Autodesk Maya. Their expertise and familiarity with the software they use to light the scenery and characters should be utilized to contribute to the ambiance of the 3D animation.

However, this will not suffice. They must grasp how light acts and possess a thorough understanding of light, color, and the behavior of various textures or materials under various light types.

The Primary Uses of 3D Lighting In Animation

Lighting is frequently employed in 3D animation to convey a scene’s emotion, the time of day and weather conditions at the moment, and the location of the scene. It also helps the audience better grasp the plot. There are many other ways to indicate a sunny day, such as using yellow lights. 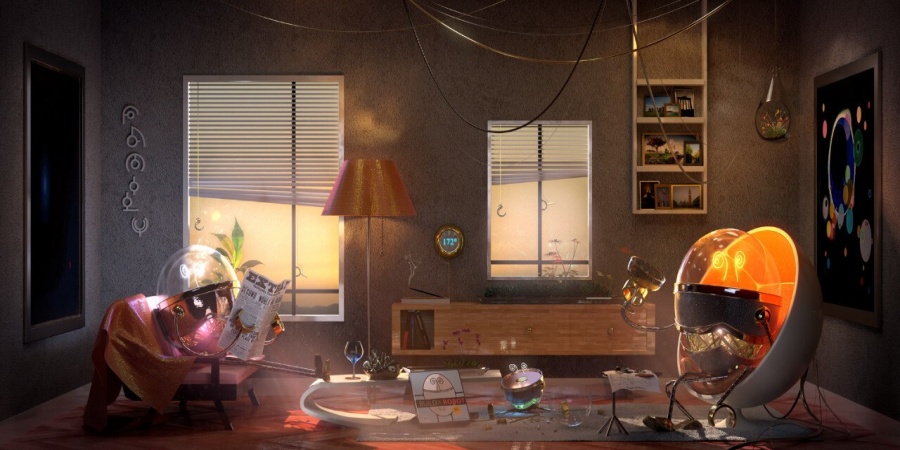 In a 3D animation, tints, reflections, and shadows are generated using 3D lighting techniques. It’s a lot like how live-action sets employ lighting. Because light’s physical laws do not constrain them, animators’ lighting artists have greater creative latitude than their live-action counterparts.

Are You Looking For An All-Rounder 3D Animation Artist? – Get In Touch With Us!

Hiring different 3D artists for different tasks can be very expensive. Even if you can afford all of them, it will still be difficult to keep all of them on the same page. We have a solution for you. Instead of hiring individual 3D artists, you can consult a 3D animation agency like BuzzFlick – one of the best Seattle animation studios offering profound 3D animation services and video production services.

Be it 3D lightning, 3D modeling, 3D rigging, our 3D animation artists have expertise in every technique used to make eye-catching and striking 3D animation videos.

3D lighting is vital to the success of any project using 3D animation. This is how the light sources, hues, shadows, and reflections in the 3D world are formed. As with photography or film, 3D animation lighting employs a range of light sources to emphasize certain elements of the scene, establish the scene’s ambiance, or reflect natural elements such as time of day or even weather.

3D rendering is the next stage in the pipeline of 3D animation. As previously established, 3D visual effects, lighting, and rendering are closely intertwined and require various adjustments to function properly. As a result, a 3D animation studio’s atmosphere must be favorable to cooperation among professional teams.

3D lighting is the process of illuminating the scenes and characters in animation in order to fulfill the creative goals.

A 3D lighting artist is a teammate of an extensive 3D animation creators team who is specialized in lighting the final render in a way that perfectly blends with the whole 3D animation project.

The different types of lights in 3D animation software: