Is there a major difference between Animation and VFX? Which one should you choose for your next video project? Read this detailed guide to know more 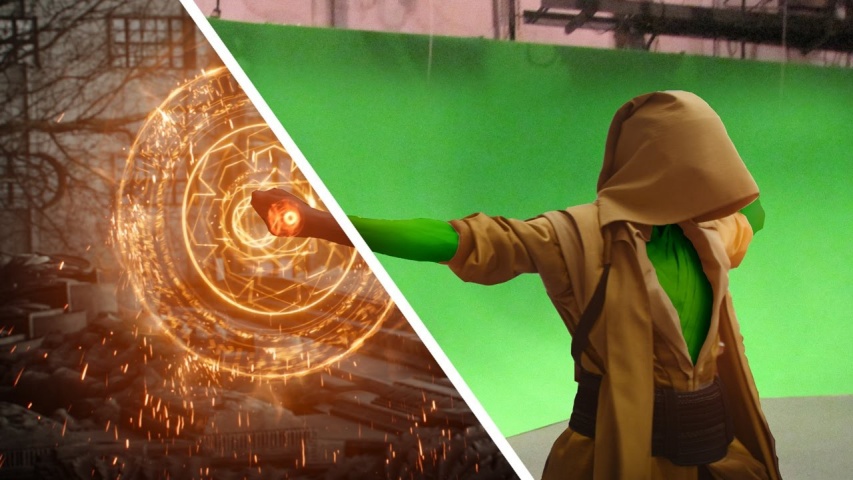 In this revolutionary age, technology has come a long way. In media, animation and visual effects (VFX) are thriving! Especially in high-budget movies and TV shows, both are a necessity. A few decades back, producers focused on practical effects. They emphasized on making films look “realistic.” But that’s not the case anymore. These days, animation and visual effects (VFX) look as realistic as possible. Spending a lot of time, money, and energy on anything other than VFX or animation is simply not worth it.

Previously, only sci-fi movies leveraged animation and visual effects (VFX) to a high extent but now they can be seen in every digital space!

From news channels to even a social media post, VFX 3D models are applied everywhere!

Now, what is VFX, exactly? How do you define VFX? And foremost, what is the difference between animation and VFX? Yes! There’s a difference. It comes off as a surprise to most people that both have their own set of distinct characteristics. Both VFX and animation seem to be similar. And they even are but to a certain extent. Keep reading as we discuss what makes them stand apart.

Let’s take a look at what is “VFX,” and what animation supposedly means. It’ll give an idea of the differences. So, without further ado, let’s read:

The animation is an illustration process where drawn figures are combined in motion, creating a motion graphic! Animators spend a lot of time pondering over paintings, sketches, or any other sort of drawing. These art pieces are further processed through animation software. In turn, bringing life to an artist’s 2D depiction.

What are the types of animation out there? How diverse can animation get? Well, there are no limits when it comes to something as creative as animation. Animation further ranges from; traditional animation, stop motion graphics, computer animation, 2D animation, to 3D CGI – mentioning a few.

CGI is quite popular these days in particular. Disney, DreamWorks, Pixar – all these major animation studios prefer 3D graphics over traditional animation. Here, animation overlaps with visual effects (VFX) a lot of times. That is why a “myth” propagated. No one knew the difference between animation and VFX in detail. Both were interchangeably used. Continue reading as we debunk this misconception.

Is animation nostalgic? For most of us, yes. We tend to look at it from that perspective. Remembering the movies we saw ages back, in childhood. The animation reminds most people of the memories they made. But what type of special effects animation was applied?

What is VFX? Visual Effects Explained

Visual Effects (VFX) is basically a process where real-life imagery is converted creatively with CG (computer-generated) elements. A famous visual effects artist once said, “The most important thing is that you have to have the visual effects working for you.”

VFX is also beneficial from a financial point of view. It’s far too economical. With the right compositing software, even a mediocre looking scene can start to look appealing. That’s the beauty of visual effects. Apart from being economical, there are a lot of instances where “practical effects” just can’t be applied. For a filmmaker, creating a captivating experience for the user is most important. Visual effects (VFX) help with that. Creating impossible-like scenarios in a film!

By combining real-life footage with manipulated imagery, the results are unprecedented. Most of the footage you see in action movies isn’t fully real, usually. With visual effects; saturation, colors, and even the environment completely changes. It looks real, though! That is why filmmakers prefer VFX over anything else.

The creatures in Harry Potter, the spaceship in Star Wars, dragons flying through the sky in every fantasy movie – all of those were illustrated through VFX. It could not have been possible without it. Let’s dive into the depth of VFX in movies, and decipher it:

Now, Let’s Take a Look at the Difference between Animation And VFX:

To make the differences clear, here are a few factors we’ve listed. Hopefully, they’ll enlighten you on how the two, closely similar fields differ.

Assuming that you’re looking to work in this field, here’s how the two differ in terms of career opportunities. Both overlap, and deal with media. But there are particular differences. Mainly, as an animator – you’ll spend time drawing cartoons and using animation software most of the time. Whereas with a VFX artist, options include: rotoscoping, digital painting, and principles of compositing.

As a visual effects (VFX) artist, you’ll hopefully learn how to merge creative elements with the real-life, raw footage. VFX artists have to work on the field, and remotely as well in some cases. It depends on the production you work with, in the end.

There’s a lot of growth opportunities for creative people out there! There’s scarcity in the market and the demand is high. It’s the perfect time to capitalize for both fields!

Salaries for both, an animator, or a visual artist remains the same. Both end up earning the same amount at the end of the year. To give a rough idea, you can expect anywhere from $60,000 to $70,000.

Application of Animation and Visual Effects

On the other hand, visual effects artists are closeted to movies, TV shows, and documentaries. Advertising agencies and other fields don’t need manipulated imagery. Although, there’s a demand for VFX artists in the gaming industry. Now, what is VFX gaming? Companies such as Ubisoft, Sony, and Rockstar Games hire VFX artists all the time! VFX is an important part of creating games.

One of the most popular animation software has to be Autodesk Maya. Designed mainly for animation and VFX needs, it processes 3D graphics quite well! Also, 3ds Max is a, “one of a kind” software that you can use. Both specialize in 3D graphics, create modern-day animation and visual effects!

For VFX needs, Adobe After Effects is a necessity. The digital visual application can create the most complex graphics! It is used by major productions and is a must-have tool for VFX artists. Adobe Photoshop is an industry standard and should be used by every VFX artist as well. It includes all the necessary features; creating realistic-looking places, basically.

Overall, both VFX and animation are similar in a lot of cases and even differ. So choose wisely, and select which field you want to prioritize. Did we leave any difference out? Let us know!