The Difference Between Animation For Games & Movies

Eich Eyf
The difference between animation in games and animation in movies is very minor but evident. Read our blog to explore how they are different from each other.

If you want to work as a game animator but aren’t sure how it differs from working on animation movies, this article will offer you a solid knowledge of the differences.

In animation, many still images are shown rapidly, one after another, to give the impression of motion. Drawings, models, puppets, computer graphics, and other tools can all be used for this purpose.

Once upon a time, drawings were used for animation; they would be painted onto translucent sheets and then photographed. However, CGI (computer-generated imagery) has replaced traditional animation techniques in recent years.

What Are the Different Types of Animation?

There is a wide variety of methods that are used to produce animation. Below, we’ll go through a few of the different types of animation that exist.

The first forms of animation employed a technique called “traditional” or “classical” 2D, in which each frame of the tale was created using hand-drawn graphics. The sceneries were made by painting subjects onto plastic cells and then photographing them against painted backdrops.

Digital 2D is a technique that mimics traditional 2D sketching with the use of computers. The technology, however, allows animators to speed up the process.

It is possible to conduct some tasks in bulk rather than individually, while others can be streamlined.

If we take a computer-generated image of a person waving, for instance, we can alter the hand motion in each image without having to redo the entire figure. Alterations, like dyeing clothing a different color, are also simpler to implement.

Digital 3D animation, in contrast to traditional 2D animation, makes use of 3D models that are entirely fabricated and modified on a computer.

Objects like clay models are used in stop-motion animation. To create a sequence of images, models are caught in one frame, then gently repositioned before another picture is taken. Many hours of labor go into making merely a few minutes of the video.

Instead of having a real-life robot move about and interact with other characters, the aforementioned techniques can be used to give the impression that a machine is doing the walking.

This is a stop-motion animation style known as “Claymation,” in which clay sculptures are utilized and manipulated.

With a zoetrope, pictures are stuck inside a rotating drum-shaped cylinder. Images appear to move when the cylinder is spun. This method excels at creating gifs and other forms of brief animation.

Stop-motion animation in which paper cut-outs of characters or objects are placed in front of various backgrounds.

This technique is among the trickiest and most demanding to master, making it ideal for those looking for an artistic challenge. Artists create amazing works of art by drawing in the sand on a table under a bright light and then erasing and starting over between shots.

A glass that has been painted on Turpentine, like sand, must be cleaned from photos at least partially between each frame. A still image of each frame is captured before the following one is painted.

In this type of animation, the animators use images of letters and words to deliver the message to the audience. For inspiration, check our blog: Inspirational Kinetic Typography Animation Video Examples.

How Does Animation Work?

The illusion of movement in animation is achieved using a combination of still pictures and optical tricks. When presented with a picture, the human brain will keep it in memory for somewhat longer than the image itself persists in the physical world.

How to Make Animations

Each frame is made using one of the aforementioned animation styles, and then the whole thing is pieced together in chronological sequence to produce a tale.

When creating the appearance of motion in still images, the frames are presented rapidly, one after another. Finally, we add sound effects and voiceovers to bring the narrative to life.

Your own homemade animations are within your reach if you have a video camera and some common household equipment.

However, keep in mind that this is not an instantaneous procedure. So that nothing is altered without your knowledge or consent, you will need a place to work that will not be interrupted in the time between sessions.

The good news is that you can find a variety of computer applications designed to aid in the animation process online.

It is the nature of games to encourage player participation. As the player, you will have full agency over both the in-game avatar and the camera. The plot and the character’s actions are driven by you. Therefore, it is essential that the animation looks beautiful from any aspect. 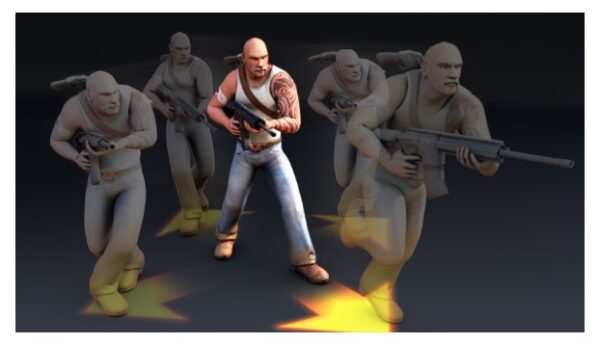 In a third-person game, for instance, the player can watch the walk or run cycle from a different perspective simply by rotating the camera.

Knee pops, for example, can now be clearly evident when seen from this different perspective. As such, these are all considerations that an animator working on a video game must keep in mind to guarantee that their animation can withstand the worst of gameplay conditions.

When developing animations for games, the animator must ensure that the scene looks excellent no matter what perspective the player is seeing it from.

When animating according to the idea of arcs, for instance, the animator must make sure the character’s motion is smooth and arcing from every perspective.

In film animation, the animator’s only responsibility is to bring to life whatever is visible to the camera at any given moment. 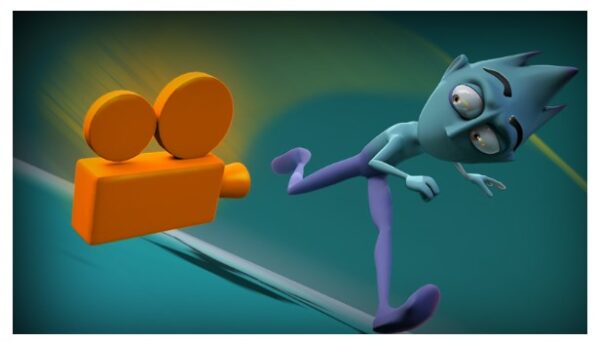 That is to say; people need only concentrate on one perspective from the camera at any one moment. When you press the “Play” button on a movie, you can’t turn around to see the other side of the screen. Therefore, you will always be subjected to whatever the camera is focused on.

Since of this, animators working on movies can get away with a lot of shadiness because they know the shot will only ever be seen from one perspective.

So, if it looks well there, that’s the only view that counts. Not that this makes cinematic animation any less of a challenge. On the contrary, in fact. However, there are unique challenges that occur when animating for video games that aren’t present when animating for movies.

As was previously indicated, moviegoers have no say in the events unfolding onscreen. They are, in a way, passengers aboard the ship. You may view the whole set, including the director, lighting, and other equipment, sitting just behind the camera in a behind-the-scenes look at a movie.

Audiences will never see the whole production staff as long as they stay out of the camera’s frame.

How Long Does It Take to Make an Animated Movie?

The length of time needed to complete an animated movie will depend on the style of animation you are using, as well as the length of the movie you are creating.

On average, it takes roughly six weeks to complete 60-90 seconds of film. A high-quality, professional level, full-length animated movie running about 90 minutes can take anywhere from 200-600 people working for 3-4 years. Lower quality, shorter movies can be made more quickly with fewer people.

As a game animator, you’ll be exposed to many more types of animations than what is typically found in a movie that Pixar or DreamWorks produces.

And you’ll do many different types of cycles, not just walk and run cycles. For instance, most games will need to have a breathing cycle, an idle stance cycle (when the character is standing still), crouching and walking, walking forward while aiming a gun, laying down and crawling forward, and the list goes on. 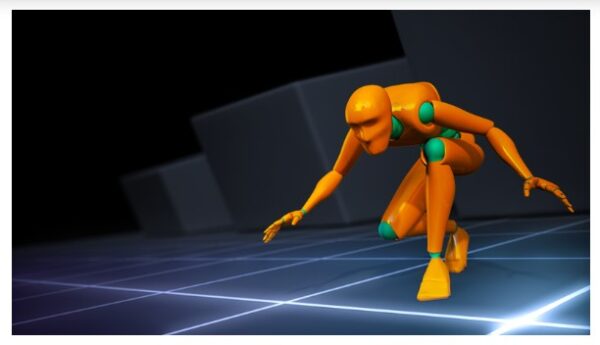 Most games are driven by body mechanics, so you’ll need to spend a lot of time perfecting your body mechanics to be successful in games. That’s not to say you won’t be animating any acting scenes, but if you look back at the last video game you played, you’ll probably see just how body mechanics-heavy it is. 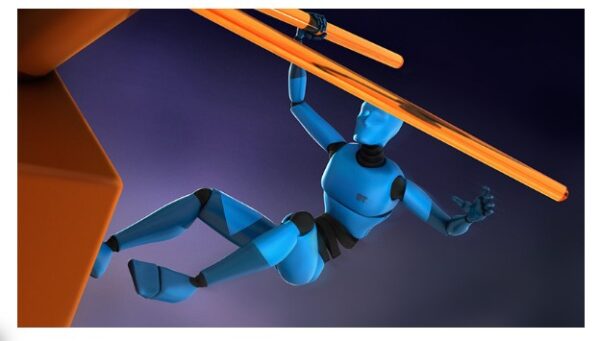 The timing for animations in games is often determined by the needs of the player inputs. Nothing is more frustrating than getting caught in a gunfight in Call of Duty and suddenly having to reload, typically resulting in your death.

But those reload animations have to be timed perfectly to enhance the gameplay. For instance, you want a reload animation to be fast enough so the player can get back to the action but also slow enough to be realistic and add a challenge for the player.

Usually, you’ll have a significantly lower time limit than film to finish each animation. In the world of animated feature films, a single shot might take weeks or months to complete, depending on its complexity. 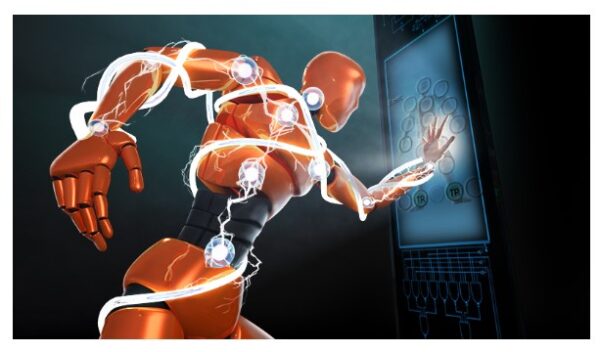 While the animations in a video game don’t have to be as flawless as they would be in a movie, they still need to look good for the player to enjoy the experience.

There will be less time for polish, so you’ll need to have a firm grasp of the animation’s intended effect on the player. When animating for games, it’s not about emulating the kind of artistry shown in Frozen so much as it is about making sure the animation flows smoothly for the user.

The motion of characters’ bodies in video games receives a lot of attention, but there’s also a pressing need to advance the plot, and with improving hardware, games are becoming even more narrative-focused. Games like the Uncharted series and The Last of Us are perfect examples of this type of game.

Unlike animated films like Toy Story or Megamind, video games tend to use a more realistic style of animation. Some games, like Wildstar, do use a more stylized approach to animation, but in general, developers aim for realism in video games.

Especially for nuanced acting cutscenes like those in The Last of Us, motion capture is being employed increasingly frequently to guarantee games look and feel as genuine as feasible.

More and more companies are incorporating motion capture into their workflow. Therefore, it’s important for you to learn about it if you want to work as a video game animator.

This doesn’t rule out the necessity for more conventional forms of animation, but it does mean that motion caption data will likely need to serve as a foundation upon which more complex sequences can be built.

Although animating for video games might provide some unique obstacles, the payoff is substantial. If you want to pursue animation for video games, you should definitely check out our 3D animation guide.

Want to Get Your Own Animated Videos or Movies? Contact BuzzFlick

If you’re here to get insights into how movie animation is different from game animation, we hope this guide was of great help to you.

However, if you’re in search of reputable video animation production companies that fall under your budget and deliver quality work, then come to us.

Some of our core video animation services include:

To view our amazing work, take a look at our diverse and unique video animation portfolio. Or, if you have a video animation idea to discuss, feel free to reach out to our animation experts!

Since the 80s, animation has changed the whole look and feel of the film and gaming industry. Today, animation has become one of the prime video production techniques.

As a corporate video production and animation company, we aspire to become one of the world’s top-notch video animation services providers.