A Brief Guide To Cut-Out Animation With Examples 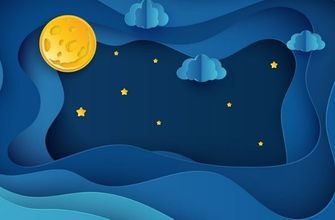 In this article, we’ll examine the concept of cut-out animation in greater detail: a technique in which pre-cut parts of the intended design are moved frame by frame to create the illusion of movement. Typically, the clippings are from greeting cards, paper, fabric, or even photographs.

The pieces are cut out and utilized as stop-motion puppets, with each divided into as many elements as necessary to animate the object.


Figures in this form of animation are often represented with joints that include a rivet, pin, or anchor when they are built and simulated on a computer. These are mechanically linked together to provide the motion that follows. There is an individual piece for each body part that is found at a pivot point for each body part. The pivot points need to be aligned with the body’s natural movement.

As an illustration, to animate a character’s hand, the motion should follow the forearm, which in turn should follow the arm attached to the shoulder. Make sure this is the case in order to keep your animation realistic and logical.


After that, a camera records every single movement as a single image. The illusion of movement is created by combining all of the different motions into one.

Shadow puppetry, a centuries-old storytelling technique involving flat cutout figurines held between a light source and a translucent screen, has its origins in this simple approach.

A major difference here is that stop motion is used instead of puppetry that relies on physical manipulation. An important similarity between cut-out animation and silhouette style, however, is its application in the latter.

The Greatest Example Of Cut Out Animation

Introducing… Lotte Reiniger, what a name!

In 1919, Charlotte’ Lotte’ Reiniger began making short films using the medium of cut-out silhouettes, which she called “cut-out silhouettes.” She was given this name in honor of the black on white material she used to produce otherworldly shadow effects that were considered intriguing, experimental, and revolutionary at the time.


The Adventures of Prince Achmed, Reiniger’s debut feature film, uses judicious use of animation to reveal achievements that would be impossible to do in the real world.

Cut-Out Animation In The Digital Age

As with any other art form, animation has adapted extremely well to our modern technological world in the last several years.

Contrary to popular belief, cut-out animation is one of the few techniques in the medium that has remained relatively unchanged over time. Despite its illustrious history, filmmakers continue to be inspired by Reiniger’s eccentric approach.

Even in today’s modern world of art and design, due to its simplicity and efficacy, the cut-out is still regarded as a great way for novice animators to begin with.

Director Terry Gillam’s fondness for animated inputs and sequences throughout the Monty Python films is a noteworthy example. Gillam was accustomed to the strange layering effect created by cut-out animation.


Of course, there is one significant difference: the puppet figures are digitally animated using a computer software system, with the pivot points defined in 2D or 3D space and subsequent rotations programmed automatically by the software. This is referred to as Tweening Animation.

Not only does this method of production save significant amounts of money and time, but it also imparts a distinct style. Such an example can be found in the television series South Park, which features digital cut-out animation.

South Park is known for its irreverent humor, which many potential viewers find repulsive. Though many are likely turned off by the constraints imposed by the animation style.

To truly interest your audience, you might want to combine several animation approaches with cut-out animation. This enables you to strike a balance between the constraints imposed by cut-out and the advanced processes of 2D or 3D animation.

Do you want to learn how to create animation videos? Read our guide for newbies to learn: How to make animated videos.

How Cut-Out Animation Can Be Beneficial For Your Business

We should explore the perks and downsides of cut-out animation to help you decide whether it is a good fit for your brand.

The benefits of using cut-out animation

Cut-out animation has a number of advantages, which we’ve listed for your convenience below:

Using silhouettes in cut-out animation is unquestionably one of the most delightfully cheerful forms of animation, especially appealing to children. It’s a medium that almost everyone can use. I guarantee that your viewers will be delighted by it.

Don’t worry about the crowd! Not to mention that, regardless of your age, making animated images with the stop motion technique is both fulfilling and plain enjoyable. This technique will be a huge hit with those who enjoy doing crafts.

Cut-out animation may be a powerful tool for communicating your story and bringing it to life on the screen. Designing your own cut-outs gives your project a unique and personalized feel. In this way, the final output can capture the freedom of your imagination and transmit it in a moving image format.

Most importantly, for a lone animator working on cut-out animation, it necessitates significantly fewer drawings than full-scale cel animation, which saves time and money. For example, an animator can use a single drawing that has been split into bits to portray movement that would otherwise take hundreds of cels to represent it.

Because cut-out animation is so simple to make, it is frequently used in art projects with children as young as three years old!

This means that the method has become a particularly popular kind of animation for younger children’s educational curricula.

Combining traditional art and crafts with animation elevates creativity to a new level. Teachers can integrate art and technology in a way that is both creative and accessible. You’ll need colored paper or card, scissors, a webcam, and stand, stop motion software, and, of course, your imagination.

The drawbacks of using cut-out animation

Despite its many advantages, this animation, like others, has certain disadvantages:

It is important to note that the length of the cut-out animation process is directly related to how complex the design is as well as how much detail is necessary for the finished product.

This procedure, on the other hand, necessitates that you not only sketch but also separate and organize each item individually. For those who value their time, this is a time-consuming task indeed. If you want to master the art of traditional cut-out animation, you’ll need to put in the time and effort.

Animating two-dimensional characters is quite different when compared to animating a piece of cut-out paper.

As is the case with any type of animation, the more advanced your design skills, the better the outcomes.

It’s acceptable if you’re not Picasso. Outsourcing an artist may be advantageous. You can assemble the elements and construct the final object from their sketches.

Note: This is just one style of animation, there are many others, if you want to learn about them to give a read to our blog: the different types of animation styles with examples.

You can keep your characters relatively static and from being visible from different points of view by just animating them around the pivot points.

To make your figures come to life in simple animation formats like Cutout, you’ll need to get your creative juices flowing.

Are You Interested In Cut-Out Animation Videos? – Get In Touch With Us

As you know, when compared to other types of content, video is 1200% more effective type. Because of this reason many brands have started to incorporate videos in their videos to not just pique the interest of their audience but to boost their sales conversion rates.

And you must be astounded to know, brands prefer animated videos because they are not only engaging but attractive as well.

If you’re one of those brands that want to improve their marketing strategies through animated videos, you either need a whole video production team or you can also hire a video animation agency to complete the project for you.

If you’re looking for a reputable, credible, and creative animation studio, consult BuzzFlick – one of the best motion graphics studios offering incredible and high-quality video animation and production services at affordable cost price.

Be it motion graphics animation service or cut-out animation, we offer it all. If you want to see our work, check out our portfolio.

Cut-out animation is a simple technique for keeping your animation budget under control. While incorporating unique design elements to really make your project stand out. Despite its simplicity, don’t underestimate its power to tell a tale through its unique quirkiness.

We hope that this blog has just piqued your interest in the field of animation and that you will continue to explore the possibilities that lie ahead.

As one of the first stop-motion methods, cut-out animation uses materials including paper, cardboard, photos, and fabric to cut out characters and props.

To create cut-out animations requires craft supplies and a phone.

Step 1: Sketch your characters and props out and make them of the perfect size so you can use them as a template.

Step 2:  Then draw all the body parts individually and different views of the character.

Step 3: Next, connect all the body parts.

Step 4: Set a background and place the character on top.

Step 5: Set up a camera or phone and connect it with a laptop.

Step 6: Now move the characters and hold their position long enough to read their intention and emotion, then move them frame by frame by following the principles of in and out, anticipation, and follow-through.

Step 7: Move the background to show the motion of the character.

Cutout animation is a style of stop-motion animation that employs flat figures, objects, and backdrops made of paper, card, stiff fabric, or pictures. Cutouts of the props would be utilized as puppets for stop motion animation.