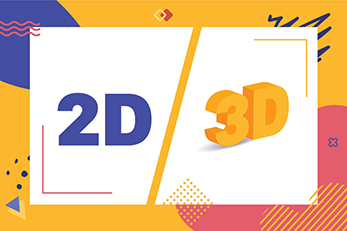 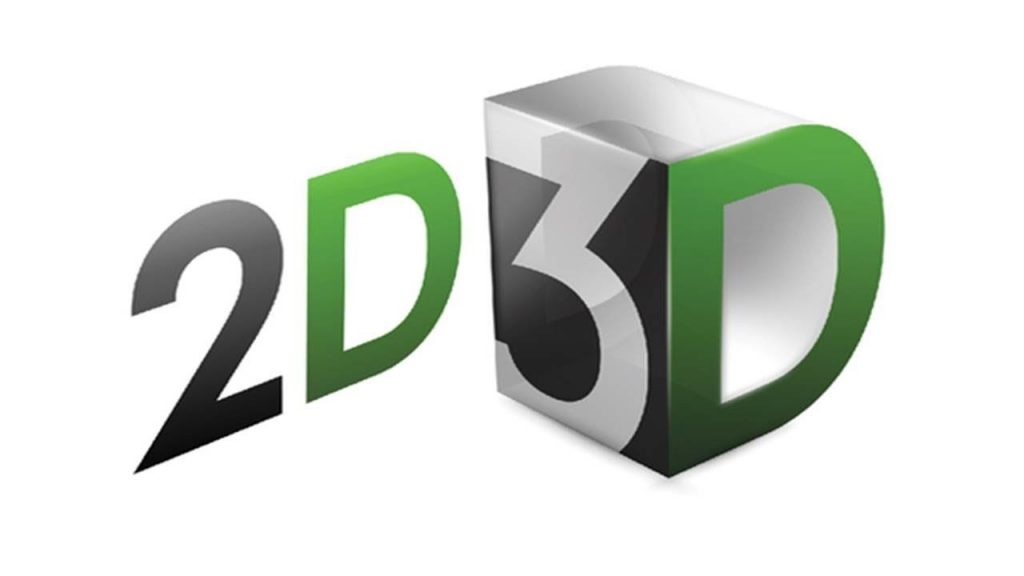 In 2D animation, animators use characters, VFX, and backgrounds to create an illusion of movement within a two-dimensional space by sequencing individual drawings together, over a set period of time.

A 2D, two-dimensional, object is a plane shape whose 2 dimensions, height and length, can be plotted on the x-axis and the y-axis. Whereas, 3D shapes or three-dimensional shapes also require a z-axis, to plot the additional dimension, width, or depth alongside the length and height.

In recent years, 2D animation and 3D animation services have been increasingly in use by brands as their premier video animation styles. One of the biggest factors for this rise is the popularity of social media and the trend of businesses using social media marketing to generate leads, establish a brand presence, and engage their target audience in a visually appealing manner.

Get in touch with us!

This growth is projected to hit $270 Billion in 2020, with 76% of marketers saying that they generate more traffic as a result of an animation video.

So, what are the Difference Between 2D animation and 3D animation, their process, and use cases? Let’s find out.

The Basic Definition of 2D and 3D Animation

In animation, characters are drawn into images that are shot in twos. Each drawing or image is shown for two frames which translates into 12 frames within one second. This is called drawing sequencing. Although, for smooth animation and high quality, you should ideally have 24 frames per second, to create smooth character movements within your animated video.

2D animation is an art style based on the creation of a movement of objects and characters in a two-dimensional space, catering only to length and width.

This movement is depicted using drawings, mostly pencil sketches that showcase movement. They are put in a sequence to create an illusion of a complete movement.

2D animation is the art of creating movement in a two-dimensional space. This includes characters, creatures, FX, and backgrounds. The 2D animation style is used in cartoons, advertisements, product demos, and brand videos – such as educational videos or infotainment videos.

On the other hand, 3D animation is done using computer software and deals with the creation of 3D models and their movement in a digital environment. 3D animation is far more complex in nature when compared to 2D animation, involving modeling, animation, and rendering.

3D animation is mostly used in the video game industry, movies, and cartoons and is generally used for high-end production.

In traditional animation, 2D animation is considered more complicated than 3D animation because it requires animators to draw 24 frames per second and have an in-depth understanding of animation principles, anatomy, movements, and the physics behind those movements. Animators have to manipulate each frame in 2D animation, which makes it more time-consuming in most makes and a bit more complex than 3D animation, although both of them require separate skills.

Based on the creative brief, writers and directors work together to formulate the script for the 2D animation video, keeping in mind the message that the video has to deliver to the target audience.

In this step, using the script, 2D animators and artists create a shot by shot, rough representation of what your video will look like. Artist’s sketch illustrations of each shot with a pencil to define a story and its visual flow. This is called storyboarding. 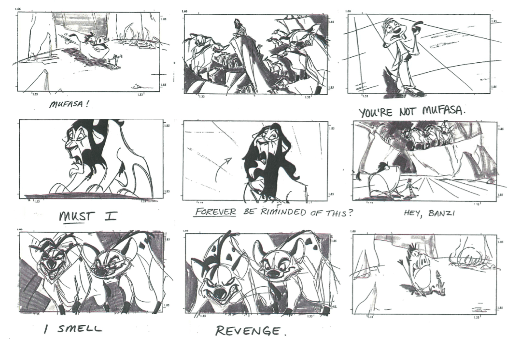 Visual development involves the creation of characters and other visual elements that will be used in the video. This process involves using the storyboard and refining it with ink, getting all the features and characters ready for animation.

Today, any artist working in a leading 2D animation company will use digital software to refine characters and scenes, saving hours of work in pre-production.

Once this is done, your 2D animation video is ready for production.

The animation is an added frame by frame, transforming digital drawings into moving characters and objects that you see in your daily television cartoons and social media videos. They are carefully compiled to create a 2D animation video. 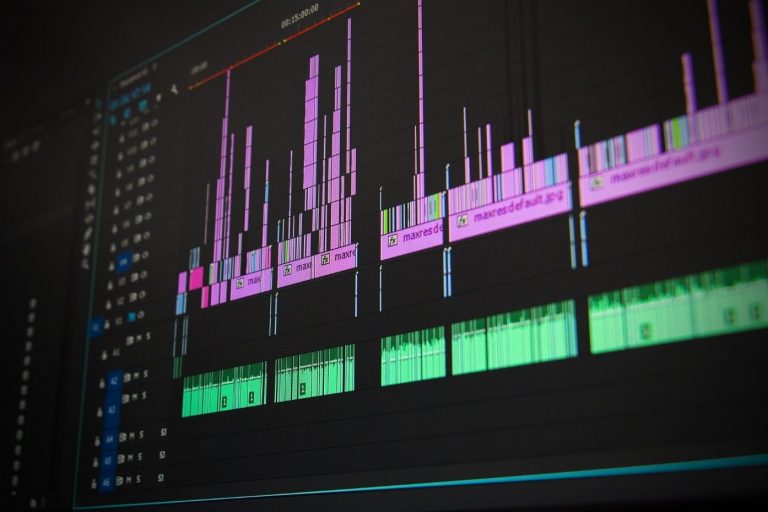 While this process is not necessarily bound to a phase of animation, the best 2d animation companies in the world treat it as a post-production task. This process involves the recording of all kinds of audio requirements.

Vocal artists record dialogues and a team of sound engineers record background noises such as market noise, making them ready to be integrated within the film in the post-production phase.

This is the last step that is initiated only after all the coloring and animation are complete. The final product is then reviewed and edited for the integration of sound effects, audio, and special visual effects to elevate the artistic vision of the video. Once the review is complete, your video is ready to make a buzz.

Similar to 2D animation, scripting and storyboarding are done during the pre-production phase to create a visual flow of the 3D animation video. Though in 3D animation, drawing a pencil sketch isn’t enough since your storyboard has to reflect 3D characters, which is created through 3D animation software such as Maya, Cinema4D, and 3D max.

In the 3D modeling phase, characters of a movie or a game are designed alongside any objects or props that are required.

Often, 3D modelers use simple objects which are then developed and expanded into a 3D form, to add more details and refinement for the production phase.

Once the characters or objects are ready, modelers add textures to them by overlaying 2D images on the 3D models. This helps create a sense of realism with colors, textures, and designs. This process is called mapping and involves making objects and character designs ready.

Rigging and Skinning involve the creation of a skeleton for characters or any other visual elements. Animators use this to create a system that dictates the mobility and movement of characters in the animation process.

This skeleton allows them to maneuver their characters based on their requirements, giving them greater control over the actual animation and movement of the 3D characters and objects. 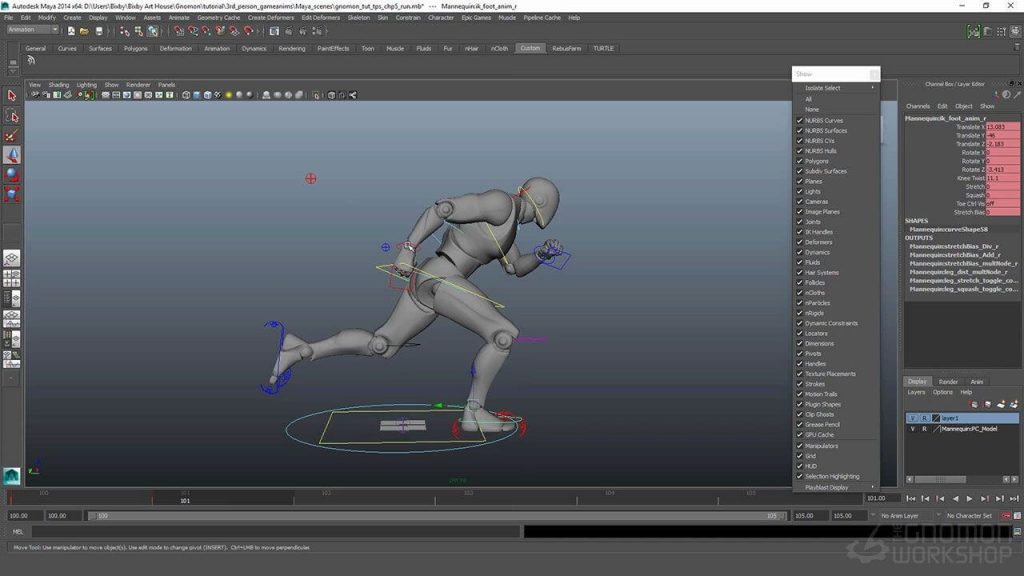 The production phase includes the creation of animation, where 3D models of the elements and characters are programmed to move. In 3D animation, animators utilize the keyframe method to animate the objects frame by frame.

It is at this stage we begin to actually carry out the process of animation, which is the process where the 3D models are made to move. You can also import animation and movement data from external sources by leveraging the spline method or motion capture to animate your models. Here, everything related to movement is taken care of.

3D animation is supposed to feel real or as close to reality as possible, and for that, how you manipulate light in images plays a considerable role. To get the best look and feel out of a 3D animation video, animators and designers have to carefully decide the best lighting settings for each frame, one by one. This requires both skills, and a creative vision to create a visually stunning experience for viewers.

The combining of different visual elements from various sources into one place to create the illusion that they are part of the same scene is called compositing. If your 3D animation requires such an effect or any other special visual effect that merges different source files into one image, then it is part of the production process.

This includes effects such as explosions and morphing illusions and is mostly done when merging live-action scenes with digital environments.

The post-production phase in 3D animation is similar to that of a 2D animation video, in which special sounds are overlaid on the video for completion. This includes dialogues, background noises, and other audio cues that are necessary for the video.

In the editing phase, the entire team usually sits together to review and critique the video, or game, or movie and points out any changes that are necessary. Once this is done, and all the necessary edits are made, the video is ready for a final render.

Rendering is the final step in the process and is a form of image synthesis. Rendering is used to automatically generate a photorealistic or non-realistic image from a 3D model through a computer program.

This exports the file into a video format, ready to be watched and released for viewer consumption.

Difference Between 2D And 3D Animation 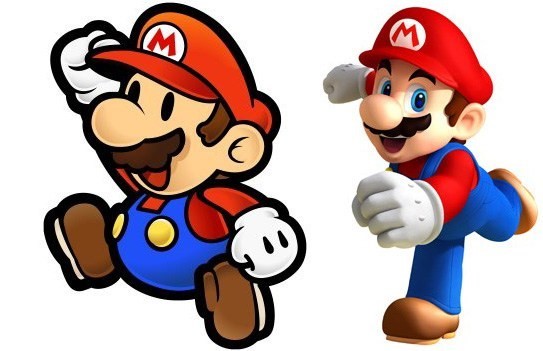 In terms of the visual experience, 2D animation is comparatively unrealistic and deals in a 2-dimensional space, only catering to length and width.

In 3D, the visuals created are defined in 3-dimensions- Length, Width, and Height. This gives them a realistic feel and helps create depth perception within 3D animation.

The average cost of availing 2D animation services for a video 60-Seconds starts at $1,000 and can go up to $5,000 depending on your requirements.

For more insight about cost read this article: How Much Does It Cost To Create An Animated Video?

2D animation is done using traditional drawing methods. Artists either sketch using a pencil or digitally draw out their characters and their movement frame by frame. 2D animation software that helps digitally add movements are Adobe After Effects and Adobe Animate.

On the other hand, 3D animation is completely done using computer software. It involves several steps that we’ve discussed above, such as modeling, rigging, and texturing.

There are several different traditional animation styles that require the creation of a movement of hand-drawn objects and characters, frame by frame.
One such example is app demo videos in which the product demo video shows how an app works, its different features, and how users can use the app’s interface depending on the different needs of specific users, without overloading and overwhelming the viewers.

2D animation is used in cartoons, but in the 21st century makes up the vast majority of social media video content such as infotainment videos, corporate videos, product demo videos, explainer videos, and animated whiteboard videos.

3D animation is a high-end art and is utilized for movies, cartoons, and more prominently in video games that rely on creating realistic visual experiences.

So If you’re looking for the best 2D animation company for a video, then we can help you with that. Our 2D animation services include a wide range of options, such as: