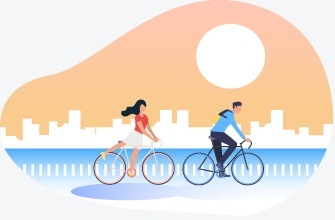 When we think about the finest animation examples, which is that one studio that comes to our mind? Of course, Disney. The Greek God of animation, the only studio in the history of animation Disney understands how to make beautiful and technically perfect animation.

From the most famous cartoon, Mickey Mouse, to their latest animated movie, Turning Red, their creative teams work day and night to produce outstanding animations with fresh concepts.

No matter what movie they are making, the prime rule of Disney animation artists is to follow the 12 guiding principles of animation religiously.

But who introduced these 12 animation principles?

The 12 principles were devised by the two most popular Disney animators, Ollie Johnston and Frank Thomas. According to them, these are the most important principles every existing and aspiring animator should learn and follow by heart.

They introduced these 12 principles of animation in the most popular animation book ever, The Illusion of Life: Disney Animation, in 1981.

Today in this blog, we will be exploring the 8th principle of animation – Secondary Action. The core purpose of this guiding principle is to support and highlight the main action in the frame/scene by incorporating more dimensions in the animation.

Secondary Action In Animation: The Definition

Secondary action in animation is defined as an additional action added to the animation to support the primary action. It is a significant part of animation because it adds the essence of realism and interest to a scene.

For instance, when a character’s arm moves backward right after throwing a ball forward. The secondary action originates from the primary/immediate action.

Secondary actions are pretty useful when you’re animating something like a football play where one leg moves forward while the other leg moves backward, creating the right balance as the action happens.

This is done to make sure that the weight does not fall on just one side of the object or character because it makes it look stiff.

How To Create A Secondary Action In Animation?

To begin with, to create a secondary action, the animator requires an image that showcases the main action. Then the next actions are created, also called secondary actions based on the movements that are happening in the first image.

For instance, when someone waves their hand, the primary action would be the hand itself, and the accessories like a ring or watch in hand are the prime examples of secondary motions.

The Core Uses Of Secondary Action In Animation

All the animators across the animation industry imply the secondary action in their animations. The purpose of using is to bring continuity to your story to make it more relatable and relevant for the audience.

Secondary action is also considered another behavior that a character does. This action makes the scene more realistic and also reveals the key feature of the character’s personality. If done right, the secondary action can give information about the character or give hints of their next action, or add subtext elements in the storytelling.

To put it in simple words, animation artists use secondary actions as filler scenes to make the whole story look captivating to the audience.

Example Of Secondary Action In Animation

Secondary actions add energy and add depth to your character. This is done to create an animation that is memorable.

Let’s take a look at one of the prime examples of secondary actions:

This video is one of the finest examples that illustrate the secondary action properly. In an attempt to snag and wave the wine glass, the character in this video leans on the podium and accidentally bumps with the casket.

The body language of this character is unique. This scene may have been a little too over-the-top without the secondary action.

We hope this demonstration of the 8th principle of animation will help you comprehend the significant role of Secondary Action in animation.

But of course, to become a top-notch animator, you need to follow all the guiding principles of Disney because, as per Thomas and Johnston, it’s impossible to excel in the field of animation without them.

If you’re looking for an expert team of animation artists, an animation or motion graphics studio, consider BuzzFlick. We are one of the best Houston animation studios offering plenty of services.

Be it a simple animated explainer video or motion graphics animated video, we make it all.

Secondary actions are the fundamental parts of animation as they add and enhance the primary action also add more dimension and depth to the animated character.

The 12 Disney animation principles are: